Last autumn I fell in love with the soft, subtly sweet, gardenia fragrance of Micheal Kors' Very Hollywood.  Being a frivolous purchase I post-poned it until the right combination of sales and discounts allowed me to get it for an incredible price.  Only after flattening the box and dropping it into my paper recycling did I think that maybe I could use it for something, an example of the hoarding tendency I am terrified of.  I pulled it out of the recycling bag, a bit upset of the crease it had caused on the cardboard, and set it on my dresser where I would be sure to see it regularly until inspiration hit.

For some reason today became the day I did something with it.  With a concept in mind I sat down to flip through magazines and sift through pieces.  While doing so my color combination changed and once I found the right background it all came together. 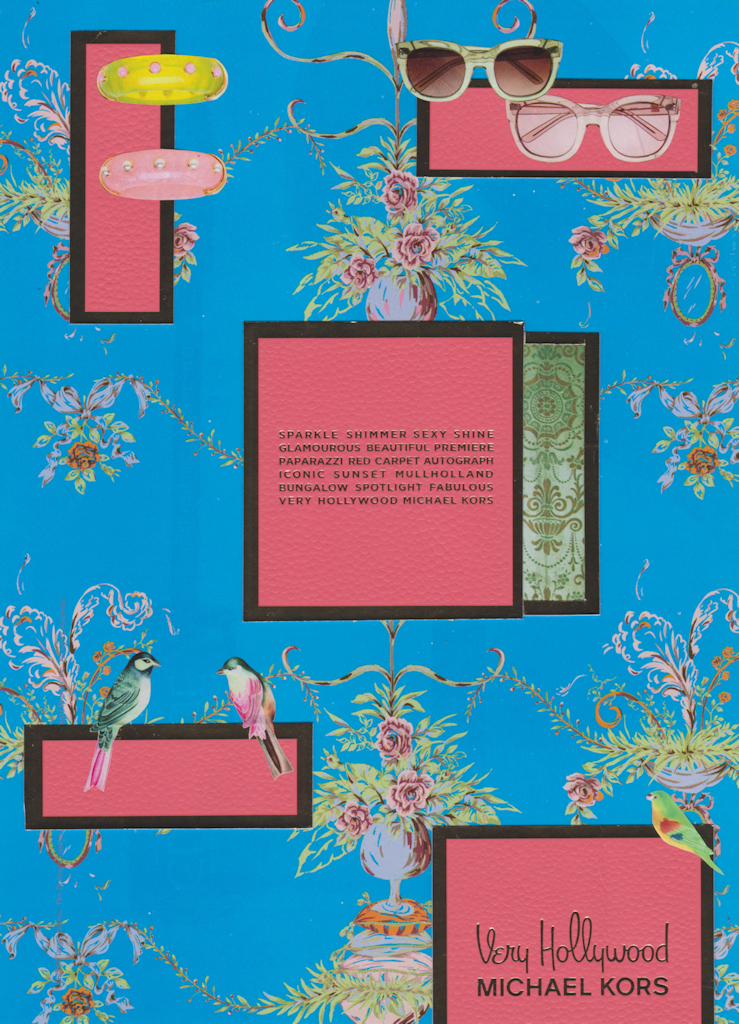 It is a few tenths of an inch smaller than 8'x11' so I could utilize the entirety of the blue background.  I wanted to keep it simple and clean but with some fun elements, like the scent itself I suppose, and I wanted to use as much of the box as possible.

The following collage is an older one that shares similar colors of pinks, blues and greens and has fish instead of birds.  The white smudge in the center is not damage, it is actually an element on the photograph used in the magazine.  I'm guessing the grafitti wall was the staring point for this, though I honestly don't remember.  Original size is 8 1/2" x 11". 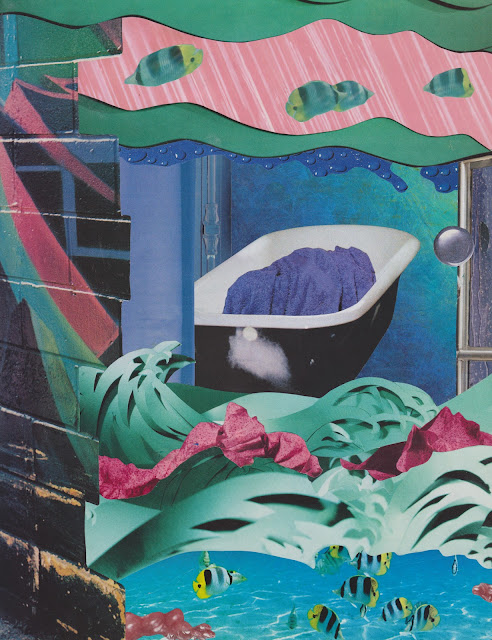 When I first began doing this style of collage I actually titled them.  This one, Postcard, is landscape oriented which is not common for me probably because magazines are generally of portrait orientation.  Original is 8 1/2" x 11". 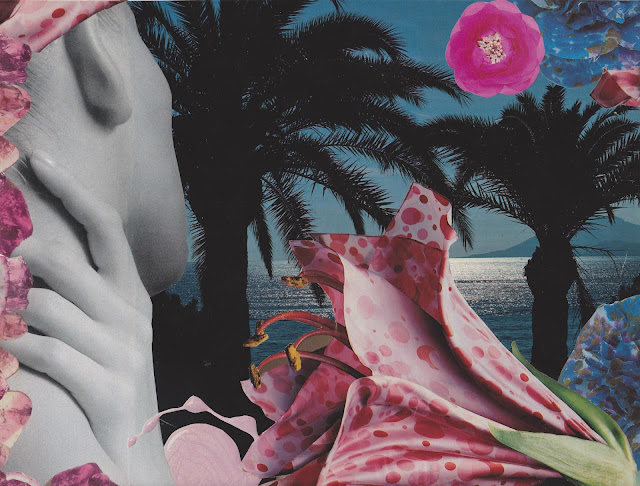