Simple syrup is sugar and water, in equal parts, heated until the sugar granules are melted. Simple. It is the ideal sweetener for cold foods, especially beverages.

White sugar is default in simple syrup, though you can use brown sugars, raw sugar, and any other sweetened granule you desire. Experiment.

In a previous posting I shared information on making ginger vodka through infusion and mentioned that the ginger can be reused for other purposes. A recent experiment of mine led to a delicious ginger simple syrup using the ginger from a vodka infusion a couple weeks ago.

I had about a cup and half of leftover vodka ginger slices and about 1 inch of fresh ginger root that I peeled, sliced and added to that. In a small sauce pan I combined the ginger, 1 ½ cups of water, and 1 ½ cups of white sugar. On high heat I brought it just to a boil then immediately reduced the heat to simmer for about 5-10 minutes. 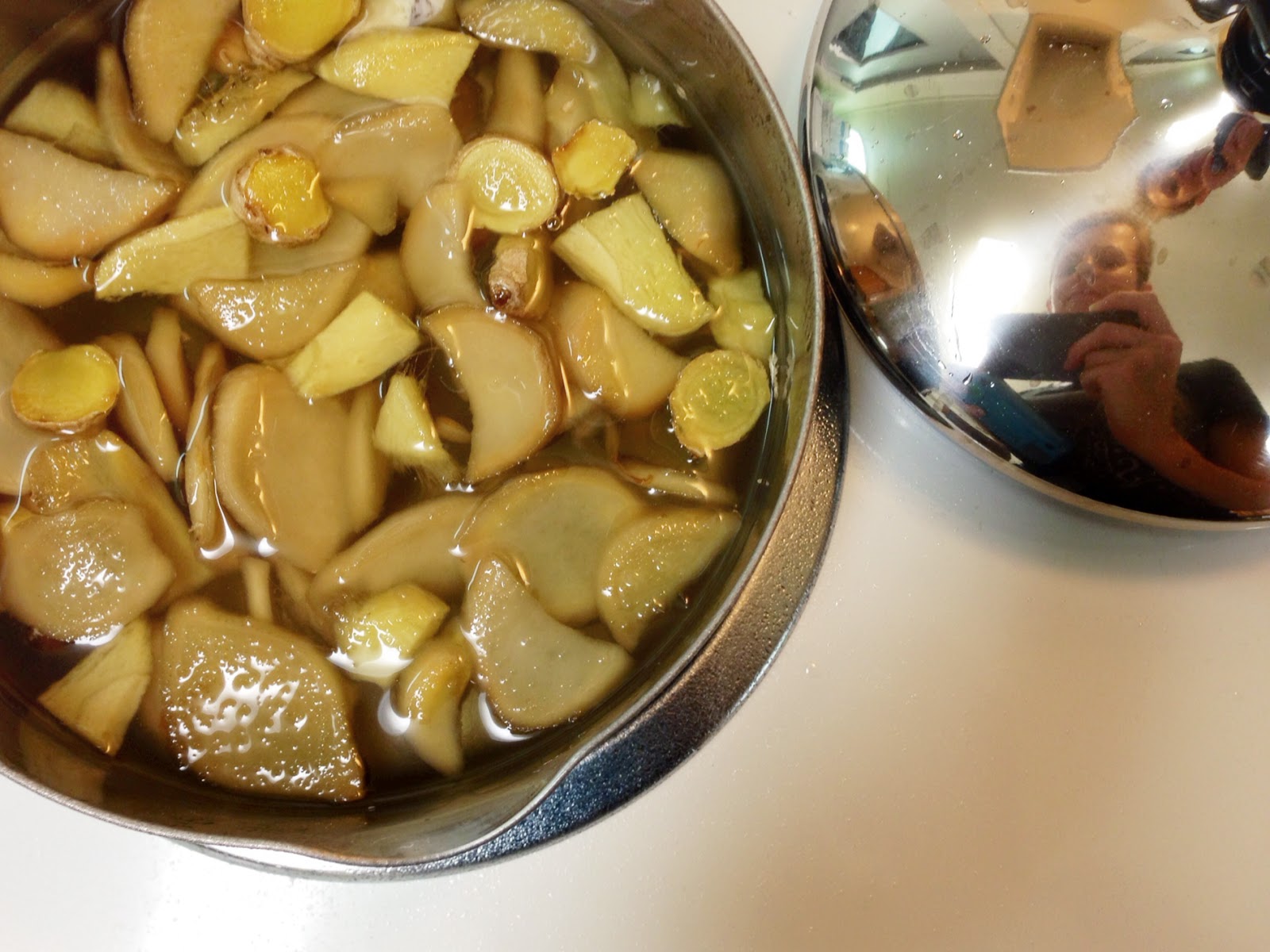 While giving it a gentle stir periodically I smelled and tasted until it reached my desired gingery-ness. I can't describe it exactly but you should know it when you taste it – a combination of “Yum!” and “Bam!”  Once you hit that point remove the pot from the heat and let it cool enough to where you can pour it through a strainer and funnel it into a bottle or jar. I prefer glass to keep the taste as pure as possible.

Simple syrup should be stored in the refrigerator and will keep as-is for a week, maybe two. However, an easy trick will preserve it for much longer: simply add a small splash of plain vodka to the mixture. I add about 2 teaspoons to a 10-14 ounce bottle. I just eye-ball it; add enough that it mixes thoroughly but not enough to make it alcoholic.  You don't need much and you cannot taste it unless you've added too much. Using this trick most of my simple syrups last almost indefinitely, or at least until they are gone.